UNM leader: Disgraceful demagoguery is in their habit 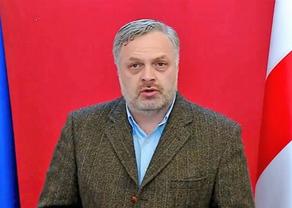 After the meeting with Christian Danielsson, UNM leader Giorgi Baramidze responded to the ruling party leaders' statements and declared that Georgia does have political prisoners, and they need to be freed.

In Baramidze's words, representatives of the ruling party have made disgraceful allegations, saying that the demand to depolarize justice is somehow in conflict with the requirement to release political prisoners.

Baramidze states that political prisoners will not exist in the country only after the government stops affecting court decision-making and the court is freed from the oligarch's influence. "They understand this perfectly well, but disgraceful demagoguery is in their habit. They will have to release political prisoners and hold snap elections," Baramidze wrote on social media."Georgia has criminal politicians, not political prisoners,"Georgian Dream Chairman Irakli Khobakidze said in his statement earlier today.

Christian Danielsson, the representative of European Council President Charles Michel, has met with both the Georgian Dream and opposition political parties' members. He plays the role of a mediator between the government and the opposition.