UNM leader says any leftist entering parliament will be traitor 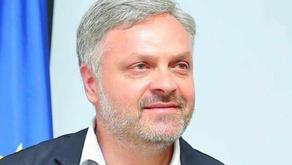 Giorgi Baramidze, a leader of the UNM, posted on social media that anyone from leftists who will take a parliamentary mandate will be a traitor and an adherent of the Georgian Dream party.

The fourth round of negotiations between the ruling and left-wing parties was held on 8 December. After the meeting, leftist leaders said that their position remains unchanged, and they refuse to take their parliamentary mandates.

The first session of the parliament of the tenth convocation will be convened in Georgia on 11 December. President Salome Zurabishvili will open it.