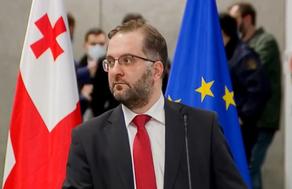 A UNM member Akaki Minashvili has responded to statements by Strategy Aghmashenebeli leader Giorgi Vashadze, saying that the latter ''suffers from the Nation Movement and Nika Melia complex.''

''I know that Giorgi Vashadze has no way out of this situation and is a bit confused. Maybe he is even embarrassed. On the other hand, he suffers from the National Movement and Nika Melia complex. The man is behind bars, and we must all marshall our efforts to set him free. However, he starts talking about political actors and the local elections.