UNM member: I do not exclude Danielsson will have to pay visit to Georgia again 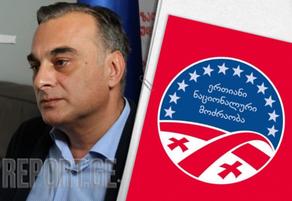 UNM member Zaal Udumashvili does not rule out that the ruling party and opposition groups will fail to reach an agreement today, and Charles Michel's envoy Christian Danielsson will have to visit Georgia once again.

''The process is complex. Everyone knows that a settlement cannot be hammered out in a couple of hours,'' Udumashvili declared.

The meeting at which Danielsson serves as a mediator has been in progress for five hours now.

Today will probably be decisive. Danielsson intends to present the parties with the preformulated document.

Christian Danielsson, Charles Michel's representative, has arrived in Georgia for the second time.

Within his second visit, the Swiss diplomat met with the EU and US ambassadors, as well as the representatives of different NGOs.

The envoy left Georgia on March 19 after his nine-hour meeting with the leaders of the Georgian government, and the opposition had proved fruitless.

On March 22, Charles Michel said that time to make compromises arrived, and Mr. Danielsson would return to continue mediation in Georgia.

According to Michel, his envoy would assess the situation thoroughly to decide if there is a chance to find common ground.