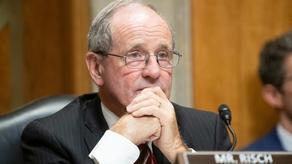 According to the new amendment to The U.S. National Defence Act, the U.S. will continue cooperation with Georgia if the country complies with the conditions. The amendment has been introduced by the chairman of the Foreign Relations Committee Senator James Risch. In his words, Georgian President Salome Zurabishvili pardoned Gigi Ugulava but left Giorgi Rurua behind bars.

"The United States Senate still expresses its willingness to continue cooperation with Georgia in terms of governance and economy, combat corruption and collaborate with it more actively to protect its sovereignty and territorial integrity," the statement reads.

The United States Senate appeals to the Georgian higher-ups not to be lured by power, make processes more transparent, with this implying introduction of a more transparent procedure for delegating decision-making authority to judges.

The U.S. Senate once again calls upon the Georgian government to hold just and fair elections in October of 2020.