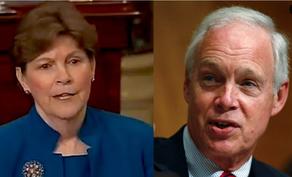 As they say in a written comment given to Voice of America, they hope the current deadlock to be eliminated shortly.

The senators state that the government and opposition should conduct the negotiations honestly.

Government and opposition officials will hold another meeting at 17:00 today.

US and EU ambassadors will attend the session.