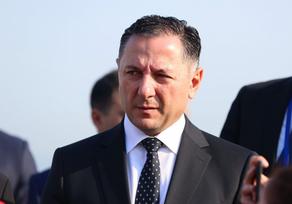 The Minister of Internal Affairs of Georgia Vakhtang Gomelauri is leaving for Batumi due to the collapse of the building.