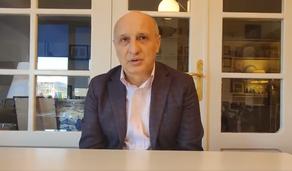 Vano Merabishvii, the former prime minister and interior minister of Georgia, has addressed law enforcement officers and warned them that Bidzina Ivanishvili, the head of the Georgian Dream-Democratic Georgia, will attempt to win his electoral votes by bribing people, committing crimes, and letting Russian agents help him achieve his goal.

"One day, Ivanishvili will defeat us with the three tools: he will bribe voters, intimidate people with the help of criminals, and determine the political agenda through his Russian agents. We can either let Ivanishvili do so or pursue our people's interests, without allowing the threat of bribery, criminal acts and Russians deciding Georgia's fate to emerge," Merabishvili said.