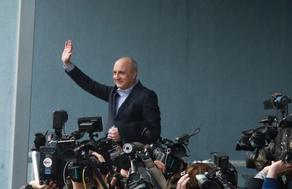 Vano Merabishvili, the former Minister of Internal Affairs of Georgia, will leave for Poland tomorrow morning. The information got released on Vano Merabishvili's Facebook page.

"Vano Merabishvili is leaving for Poland, where he will participate in various events with the invitation of Sejm. After that, Merabishvili plans to take an emergency treatment course.

During almost seven years of imprisonment, he deliberately was not provided with proper medical care. After the treatment, Merabishvili will return to Georgia," reads the statement.

After seven years of imprisonment, Vano Merabishvili left the Matrosov prison on February 20.