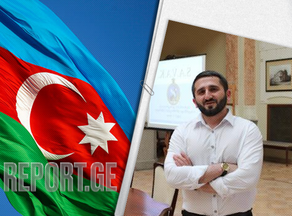 "For almost 30 years, Azerbaijan has made great efforts to find a peaceful solution to the Nagorno-Karabakh conflict, with no result," Vasil Papava, the Director of the Institute of Middle East, Central Asia, and Caucasus Studies, stated about it at the forum "Media and Youth Support for Peace in the Region" held in Tbilisi.

According to him, Azerbaijan has shown great patience during this period.

"Neighboring Azerbaijan was waiting for a suitable geopolitical situation to free its territories from occupation. Azerbaijani people were ready for the Patriotic war," Papava said.

The political scientist said that Azerbaijan's victory frightened the separatists in the region.

"The separatist forces have seen that sooner or later justice will prevail, and they will not be able to achieve their goals. Georgia should follow the example of Azerbaijan, not allow the issue of occupation to be forgotten inside the country and in the international arena," he said.