We are disappointed - US Embassy released a statement 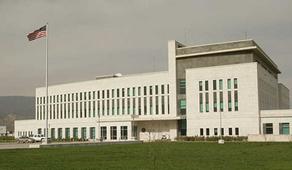 “The U.S. Embassy is disappointed that the timing and context of the conviction and sentencing of an opposition leader last night put the dialogue at risk,” reads a statement released by the embassy.

“The U.S. Embassy supports the political dialogue between Georgia’s governing party and opposition representatives aimed at reaching agreement on an election system that best serves the Georgian people. The U.S. Embassy is disappointed that the timing and context of the conviction and sentencing of an opposition leader last night have put the dialogue at risk. An environment conducive to the successful continuation of the dialogue requires an independent, transparent judicial system free of political influence. We call on all sides to remain committed to the political dialogue, as well as further refinements to the electoral code, as the best way to create the conditions for free and fair elections.”

The Supreme Court found Gigi Ugulava guilty. The Court sentenced the former Mayor of Tbilisi to three years and two months in prison for embezzling funds.