What does "State of Emergency" mean? 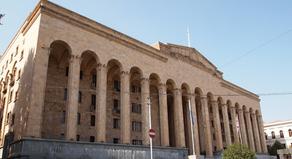 Following the enforcement of the President's order declaring a national emergency, all media outlets broadcast this.

The President then issues a decree which enables the government to limit citizens' constitutional rights and perform actions or impose policies it would usually be forbidden to undertake: incarcerate citizens without the court decision, ban their free movement, and impose different restrictions. During a state of emergency, the MIA is authorized to quarantine or isolate people.

The President's decree also envisages abridging the freedom of speech or imposing limitations on property rights.