WHO chief: New variants are expected and will continue to be reported 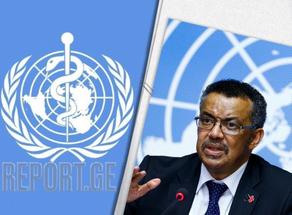 The WHO chief Tedros Adhanom Ghebreyesus said in his speech that the Delta COVID variant is the most transmittable variant so far known globally.

''Delta is the most transmissible of the variants identified so far. It has been identified in at least 85 countries and is spreading rapidly among unvaccinated populations. In some countries, we are starting to see increases in transmissions around the world. More cases mean more hospitalizations, further stretching health workers and health systems, which increases the risk of death. As we have said, new variants are expected and will continue to be reported. That is what viruses do. They evolve, but we can prevent the emergence of variants by preventing transmission. It is quite simple _ more transmission, more variants; less transmission, fewer variants,'' he declared.