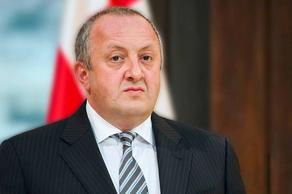 "According to Article 5, section 4 of the law on the Special State Protection Service, the President of Georgia shall be protected from the inauguration day. He/she will have a guard for a period of one year after the term of office expires or the termination of his/her term; unless the termination of his/her term of office is not the result of violating the constitution or committing a crime," reads the statement.

Giorgi Margvelashvili, the former President of Georgia, stated that he doesn’t have a guard anymore. Margvelashvili released the statement on his Twitter page. The Government may assign security based on the existence of a threat.