Will Giorgi Margvelashvili be on opposition's electoral list? - VIDEO 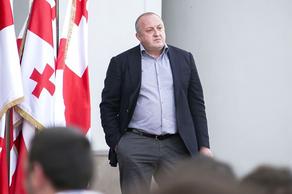 Former President of Georgia, Giorgi Margvelashvili, may run in elections while being on the United Opposition list. The leader of the Labor Party made a statement about it.

Opposition parties nominated candidates in six districts of Tbilisi, but the districts of Didube-Chugureti and Saburtalo remain vacant.