Will Labour party take up mandates in parliament? 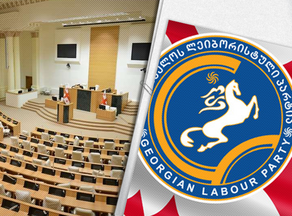 The Labour party has refused to get its share of seats in the tenth convocation of the parliament, according to party leader Shalva Natelashvili.

Mr. Natelashvili stressed that the elections are 'illegitimate, illegal, antinational, and summoning similar parliament is inadmissible.'

"No one can be its member, even the Georgian Dream members, if they still have some self-respect. Their majority candidates must also refuse to run in the second round. Social movement and massive public protests will soon overthrow the corrupt oligarch," Natelashvili said.

The Labour party has won one mandate in the parliament.

The European Georgia party, which has five mandates, has staged a boycott against the tenth convocation of the parliament.

Aleko Elisashvili's party Citizens and the Alliance of Patriots have followed the other party's lead.

The results of the counted electoral votes are as follows:

As for other parties, they have won less than 1% of votes.