Zakaria Kutsnashvili refuses to be MP 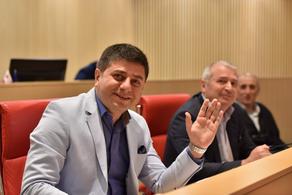 Zakaria Kutsnashvili, the former MP, refuses to join the Parliament, the former lawmaker released a statement.

Zakaria Kutsnashvili explains that only because he comes next in the list of the candidates does not mean he should be appointed, considering that he already refused his mandate.

"In my opinion, a politician, as well as anyone working, is only free if he can see his share of responsibility in any action. The elections give all former MPs the right to run for re-election and become a member of the same convocation parliament again, but with a majoritarian MP refusing to join Parliament and agreeing to become a member again in the second year - I don't think that is fair! With my example, I do not want to start the ugly tradition, and that is why I refuse membership of the 9th convocation parliament. Moreover, I ask you to remove me from the parliamentary list," Kutsnashvili said.

The issue of Zakaria Kutsnashvili's return to the Parliament became active after the majority member Otar Chrdileli resigned.

Zakaria Kutsnashvili's parliamentary term expired before the deadline on September 3, 2019. Kutsnashvili was the organizer of a session in Tbilisi that caused the June 20 protests.

Following the events of June 20, Kutsnashvili applied for termination of his mandate.