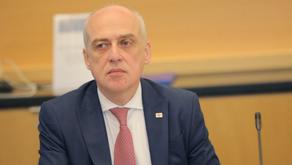 As the Ministry of Foreign Affairs of Georgia informs, at the meeting between David Zalkaliani and his Russian counterpart Sergey Lavrov, the Georgian party raised the issue of de-occupation of the breakaway regions of Georgia. According to the body, David Zalkaliani discussed the existing issues in Georgian-Russian relations.

The meeting was conducted within the frameworks of the 74th session of the UN General Assembly under the auspices of Switzerland.