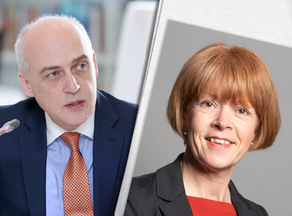 According to the Foreign Ministry's Press Office, the Minister of Foreign Affairs Davit Zalkaliani has had a telephone conversation with Wendy Morton, the UK Minister for European Neighbourhood and the Americas.

The ministers discussed bilateral relations between the two countries and underscored the importance of exhausting all possibilities of cooperation granted to them by the Strategic Partnership and Cooperation Agreement.

The parties also discussed the epidemiological situation in the two countries and the importance of a multilateral approach to the pandemic. Zalkaliani focused his attention on the UK's leading position among the countries fighting the pandemic and mass vaccination set to be launched there next week.

The parties also discussed the post-election situation in Georgia and stressed the importance of effective functioning of the parliament for the country's democratic development.

They also elaborated upon the existing situation and the achievements in ensuring security in the entire region of South Caucasus.