Zalkaliani to appear before Parliament in "Minister's Hour" format 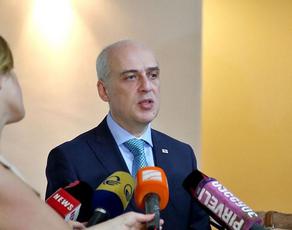 Minister of The Foreign Affairs of Georgia Davit Zalkaliani will appear before the Parliament in the “Minister’s Hour” format on October 15-18. This information was released at today’s session by Chairperson of the Parliament Archil Talakvadze.

According to him, the left-wing party required that Zalkaliani appear before the Parliament and answer questions.

The Foreign Minister was summoned at the legislative body by the United National Movement, whose members state that Zalkaliani is obliged to explain why he conducted the secret meeting with his Russian counterparts and inform the MPs what they discussed at the meeting.