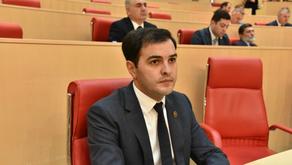 "I have decided to leave the Parliament of Georgia and the Deputy mandate", the statement released by Vano Zardiashvili said.

“While the truth is on my side in this particular case, I really do not want to be a source of provocation for people or political groups who are trying to create political agendas and damage the ongoing positive processes. There is a moment when you have to take care of your family and your team. I have lived in a way where I will never be ashamed of my actions and will live like this in the future", reads the statement of Vano Zardiashvili.

According to Zardiashvili he informed other party leaders as well as Bidzina Ivanishvili about his decision. "I am not leaving the party on the contrary I will stand by the Georgian Dream to pursue its goals for the benefit of our citizens" Zardiashvili added.