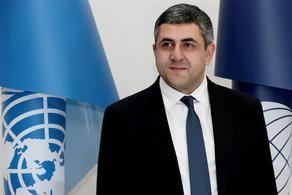 According to the MFA of Georgia, Georgian candidate Zurab Pololikashvili has been reappointed as Secretary-General of the UNTWO.

The ministry says that the 113th session of the Executive Board of the United Nations World Tourism Organization (UNWTO), at which the Secretary-General was elected, was held in Madrid on January 19. The UN Executive Council will approve the recently elected candidate in the second half of 2021.

Georgian Foreign Minister Davit Zalkaliani, Chairman of Sectoral Economics and Economic Policy Committee Davit Solghunashvili and members of the delegation of Georgia attended the meeting. Spanish Prime Minister Pedro Sánchez and the recently reappointed Secretary-General of the UNTWO delivered speeches at the meeting.

Mr. Pololikashvili was first elected as Sec-Gen of the UNTWO in May of 2017.