2021 - the coldest year in the history of Antarctica 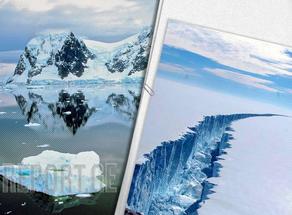 The past six months have been the coldest in Antarctica history, CNN writes.

According to the National Snow and Ice Data Center data, the average temperature in Antarctica from April to September 2021 exceeded -60.9 degrees Celsius.

In addition, the past six months have been the darkest period at the South Pole.

According to the National Science Foundation, the record low temperatures recorded on the continent did not have a major impact on scientific work.