Animal farms and threat of new viruses from China - VIDEO 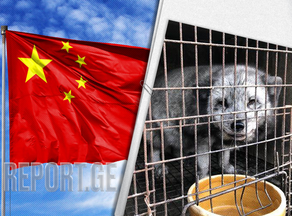 Natural fur farms in China, where animals are bred to make various clothing items, maybe the source of a new virus, the British edition The Mirror writes.

The study examined 13 farms, which experts called "slow-acting bombs" that could cause new deadly pandemics.

According to experts, infected animals are kept in small cages, which increases the risk of spreading the virus. In one of the farms, raccoon dogs were found paralyzed and dying of slow death after killing with electroshock proved unsuccessful.

Researchers say animals on such farms are under constant stress, which increases the chances of "virus release." They believe that such institutions should be closed and banned immediately.