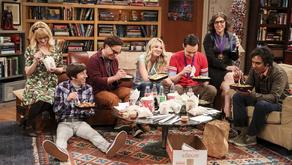 A former “Big Bang Theory” star and one of the show’s writers are developing a multi-camera comedy about eSports at NBC, Variety reports.

Galecki is executive producing under his Alcide Bava banner, along with the company’s Holly Brown. Cory Wood of Alcide Bava will serve as producer. Warner Bros. Television, which also produced “Big Bang Theory,” will serve as the studio.