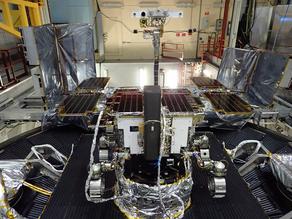 A European-Russian mission to put a rover on Mars and look for signs of life there has been postponed, to 2022.

Most parts of the mission including the rocket and the rover, named Rosalind Franklin, are ready. But not enough time remains before the launch opportunity in July to complete tests of the parachutes, fix issues with an electronics module and finish the spacecraft’s software.

“We could launch, but that would mean we are not doing all the tests,” Jan Woerner, the director general of the European Space Agency, said during a news conference on Thursday morning where the decision was announced. “We cannot really cut corners.”

The coronavirus pandemic played a role in the decision. Dimitry Rogozin, head of Russia’s space agency, said that “force majeure circumstances related to exacerbation of the epidemiological situation in Europe,” would leave mission staff from both countries unable to travel.