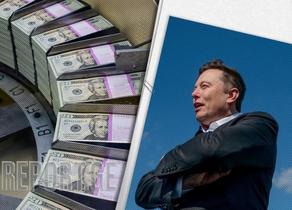 Forbes has published phrases by a US business person, philanthropist, founder of Tesla, and SpaceX, Elon Musk.

With the phrases, Musk talks about his success.

"It is essential to have an inspiring and attractive future. There must be reasons why you get up in the morning and want to live. "

"Hiring a large number of people to solve complex problems is a mistake. Quantity will never replace talent in making the right decisions (two people who do not know something are no better than one). It will only lead to a lengthy process and make the task incredibly expensive."

"Starting and growing a business is more about the innovation, drive, and determination of the people who do it than about the product they sell."

"If you are a co-founder or CEO, you have to complete any task, even if you don't want to. If you do not fulfill your responsibilities, the company will not be successful. There is never too much dirty work."

"A company is a group organized to create a product or service, and the better the people are and the more interested they are in what they do, the better they are."

"Trying over and over again, I was just trying to learn as much as possible."

"If something is very important, you do it even if your chances of success are slim."

"You have to be very strict about what you do, look for any mistake and fix it. Look for negative reviews, especially from your friends."

"The most challenging choice in my life was in 2008. I had about $ 30-40 million left; I had a choice - to invest all the money in one company, but then the second is guaranteed to close or to divide the money between them, but then both had chances to close. When you put blood, sweat, and tears into creating something, you treat it like a child. It was as if I had to choose which of them would have to die of hunger, and I couldn't do it."

Elon Musk topped Bloomberg's list of billionaires. However, over the past four days, the businessman lost 27 billion USD and was ranked second.