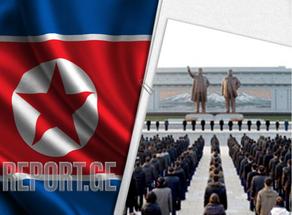 A Google Maps user stumbled across what they called a "concentration camp" in North Korea.

Sharing their find to Reddit, the person wrote: "Might be just a troll naming it that on the maps, but I'm 99% sure that it is true. It's not uncommon hearing about concentration camps in North Korea."

Kaechon is a prison in North Korea with many political prisoners, around 100km north east of the capital city, Pyongyang. The official name of the site is Kyo-hwa-so No. 1.

It is not to be confused with Kaechon internment camp, which is located 20 km to the south-east.

The site is located in a mountainous area and it is some 40-50 kilometers (25-31 miles) long and some 30 kilometers (19 miles) wide, and is estimated to hold 15,000 prisoners. It is located on the north side of the Taedong River.

It is across the river from another prison camp, No. 18 at Bukchang-kun, South Pyongan.