Man arrives late at own wedding, bride finds herself another groom 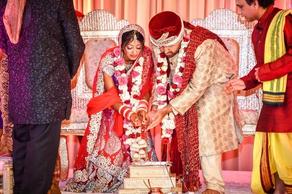 Arriving late for the wedding proved costly for a groom in Uttar Pradesh’s Bijnor as the bride cancelled the match and got married to another man from her neighbourhood instead.

Instead of reaching at the scheduled time of 2pm, the groom and the baraat reached the wedding venue late in the night, much to the anger of the bride’s family.

According to a report in Times of India, trouble had already been brewing over the constant dowry demands being made by the groom’s family, and their late arrival proved to be the last straw.

The bride's family accused the groom and his father of demanding a bicycle and cash, which they were not in a position to give. The groom’s family, on its part, claimed that they were beaten up by the bride’s relatives, taken captive in a room on reaching the wedding venue.

The police was finally called in to intervene in the matter.

The matter was resolved amicably and on Saturday, the girl married another local youth in the presence of village elders.