Musk plans to transport population to Mars in 5-10 years 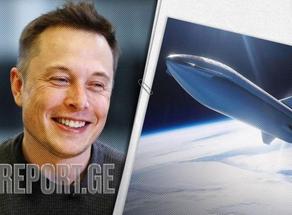 Tesla co-founder Elon Musk said in an interview with Lex Friedman that his company SpaceX would send humans to Mars in 5-10 years. According to Report.ge, the information is spread by Gizchina.

"At best, the first landing on Mars would take about five years, at worst ten years," he said. However, Musk does not talk about colonization and refers to a landing or research mission.

He explained that the most important thing in this matter is missile technology.

"We are building a completely new rocket. I mean the Starship - it's the most sophisticated rocket ever created," he said.