New formula for calculating the 'true age' of your canine found 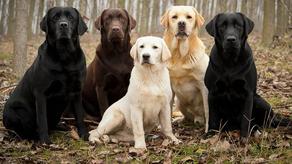 According to The Daily Mail, calculating the age of a dog in human years is much more complicated than first thought, scientists claim.

The idea that a dog's age in human years is its age times seven 'is a myth', according to researchers from the University of California.

They have created a new formula for calculating the relative age of a dog compared to a human, based on the rate that molecules are added to DNA.

Dog lifespans vary from 6-7 years for larger breed to anything up to 18 years for smaller dogs but, despite the lifespan difference, they have a different physiological trajectory.

They found similarities in the timing of major milestones between dogs and humans.

The similarities were particularly strong when similar age dogs and humans were compared.

The new formula, based on the epigenetic clock involves finding the natural logarithm of a dogs age, multiplying it by 16 and then adding 31 to the total.

The research team did find that there were periods in the life of dogs where the clocks didn't match humans, including during puberty as they mature earlier in their lifecycle than humans.

Researchers say even with the issues around puberty, their formula is still more accurate than the 'dog age plus seven myth'.

This research has been published on BioRxiv.

Here is how to calculate the age of your dog in "human years."

In simpler terms Human age is the same as 16 times the natural logarithm of dog age plus 32.

To get to the age of your dog in 'human years' you multiple the the natural logarithm of your dogs real age by 16 then add 31.

You can use the 'ln' button on a calculator to get the natural logarithm of your dogs age.

You can also use an online tool to calculate the natural logarithm. Just enter the dog age to get the correct value.

You then multiply that figure by 16 and add 31 to the total.