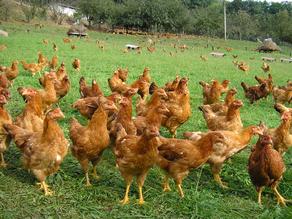 According to The Independent online newspaper, Steve Morrow accidentally bought 1000 hens for $1.50 in an online auction after seeing an “urgent sale” on the website, Trade Me.

Thinking he was only buying one bird, Steve wanted to rescue a hen in need, which is a very noble deed.

However, when he won at 11 am on Sunday, he was told by the seller that he’d actually bought 1000 hens.

The seller, a free-range egg farm in Auckland, was closing down and needed to be fully empty by Monday. Confusingly, the listing was for “one 1000” birds.

Morrow said that the advert, which was posted by Matthew Blomfield, was "confusing" and that he had read it at least three times.

Blomfield disputed this and initial conversations with Morrow, indicated that he was happy with the purchase.

"We discussed the logistics behind it all, he said he's worked at freehold farms.

But over the weekend I think it became apparent to him that 1000 hens is a bit too many birds and must have had a change of mind."

Morrow is a smallholder and cannot keep 1000 chickens which is why he started to look for new owners for them.

Still, it’s a happy ending, as following a social media post trying to rehome the hens, over 700 of them have found homes.