"Omicron" expected to end the pandemic 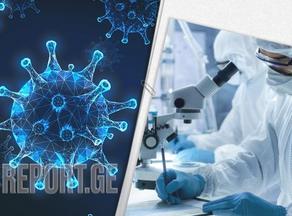 American scientist Houman Hemmati says that the new "Omicron" strain may accelerate the end of the coronavirus pandemic. He said this in an interview with Fox News.

The scientist notes that the "omicron" strain of the coronavirus spreads faster than other strains, yet its symptoms are relatively mild, allowing the community's immunity to increase without an increase in mortality.

"So far, we have received only a few reports from South Africa. However, in theory, if this variant of the virus does not cause serious symptoms and is much more contagious, then we get a scenario where a large percentage of the population develops mild or asymptomatic symptoms and develops antibodies. It will protect us from even more deadly options," says the scientist.

He believes that it is too early to make a final conclusion; however, a favorable prognosis can be made based on the information. He said most of the world's inhabitants would be able to overcome COVID-19 without any problems and produce antibodies that will protect them from new mutations.