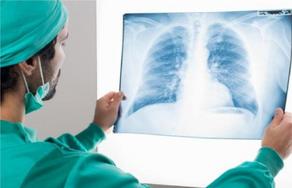 Changes in the shape of the fingers and nails may indicate lung cancer. It occurs when the fingertips are thickened, and the nails are deformed. The soft tissues in the nail phalanges usually grow evenly, and this further deforms the nail plate, making it convex and curved.

In addition, persistent cough is one of the possible symptoms of lung cancer. Experts advise everyone to pay attention to other common signs of cancer, such as shortness of breath, hemoptysis, loss of appetite, and weight loss.

In early February, scientists at the Princess Margaret Foundation in Canada used a series of experiments to find out how to create "super soldiers" from blood subjects to fight cancer. Experts have described DNA modification epigenetic therapy that transforms immune T cells. They found that this biological compound enhances their ability and kills cancer cells.