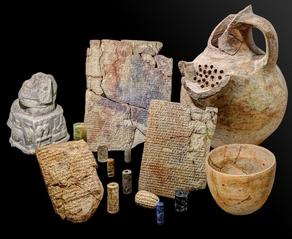 A team of international scholars have deciphered and are re-creating what are considered to be the world's oldest-known culinary recipes, according to American non-profit media organization NPR.

The recipes were inscribed on ancient Babylonian tablets that researchers have known about since early in the 20th century but that were not properly translated until the end of the century.

The tablets are part of the Yale Babylonian Collection at the Yale Peabody Museum. Three of the tablets date back to the Old Babylonian period, no later than 1730 B.C., according to Harvard University Assyriologist and cuneiform scholar Gojko Barjamovic, who put together the interdisciplinary team that is reviving these ancient recipes in the kitchen. A fourth tablet was produced about 1,000 years later. All four tablets are from the Mesopotamian region, in what is today Turkey, Syria, Iran and Iraq.

According to the scholars, Babylonian cuisine is popular and the discovery will prove to be an asset for world culinary recipes.