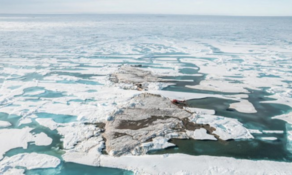 Researchers have discovered the northernmost island in the world. The island, whose name has not yet been conceived, is located in the north of Greenland and may soon be covered by water, Dawn writes.

Researchers discovered the new island during a July expedition. As the expedition participants point out, due to a GPS error, at first, they thought they were not on completely new land but the island of Oodaaq.

Oodaaq is located about 700 kilometers south of the North Pole, and the new island is 780 meters from it.

The island is located at 30-60 meters above sea level, which means that in the near future, it may be underwater.