Tbilisi Christmas tree in the top 15 in Europe 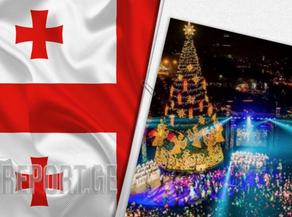 Tbilisi Christmas tree was named among the most beautiful New Year decorations in Europe. According to Report.ge, the information is spread by Europe Best Destinations.

The publication notes that the capital of Georgia is one of the most popular destinations for tourists during the winter season.

"This is especially noticeable during the Christmas period, when the illuminated and fabulously decorated Tbilisi, with its magical festive atmosphere, creates a cozy mood for every guest of the city," the publication writes.

The first place among the most beautiful Christmas trees in Europe belongs to a tree standing on the island of Gozo in Malta. The second and third places were shared between Strasbourg and Lisbon.