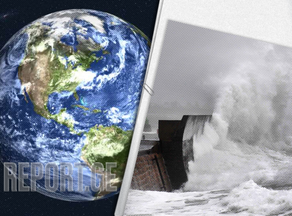 The most significant part of the world is not prepared for floods, hurricanes, and droughts, the report of the UN World Meteorological Organization reveals.

The Associated Press notes that since 2000, the number of flood-related natural disasters in the world has increased by 134%. Disasters are particularly frequent in Asia, particularly in China, India, Indonesia, Japan, Nepal, and Pakistan.

The incidence of drought-related disasters increased by 29% during the same period. In this regard, the biggest loss came to Africa. In addition, North America, Asia, and the Caribbean have suffered the most economic losses as a result of the drought.

According to a report prepared by the UN, 25% of all cities globally already suffer from regular water shortages. For the past two decades, the planet’s total surface and groundwater levels have been declining by 1 centimeter each year.

The UN believes that population growth will put even more pressure on water supplies. Scientists estimate that by 2050, more than 5 billion people will be left without water.