What the Earth will be like 250 million years from now? 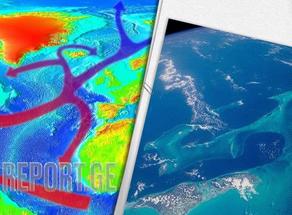 A study led by Michael Way, a specialist at NASA Goddard Institute for Space Studies, has determined what the Earth will look like in 250 million years. The British edition The Guardian writes.

Computer simulations have shown that land masses on our planet will create a new supercontinent.

In addition, by that time, the sunlight will increase even more, and the Earth will slow down its rotation. The length of the day on our planet will increase by 30 minutes.

Scientists have also found that the mountainous regions of Amasia will contribute to the formation of ice masses. The bright white supercontinent climate will be similar to the last glaciation. And, the climate of Aurica will be more tropical, with an average temperature of 20 degrees Celsius.