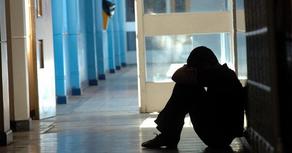 In one of the schools of the city of Akhaltsikhe, Young Lawyers’ Association requires that the case of possible bullying against a sixth-grade student be subjected to reconsideration. The investigation has been underway for eight months now, with the suspects being accused of subjecting a minor to violence; however, the representatives of the Young Lawyers’ Association consider that the investigation must be commenced under 31 paragraph of article 144 envisaging crimes of subjecting another individual to humiliating and inhumane treatment.

Georgian Young Lawyers’ Association has repeatedly asked the Prosecutor’s Office to consider the minor a victim, but their attempt has proved fruitless.
The student was subjected to psychological examination at Levan Samkharauli National Forensics Bureau in March of 2019, but the family has not received any information yet.

The boy’s mother and grandmother have accused his teacher and classmates of subjecting him to bullying behaviour. According to them, the student called police when he witnessed physical altercation at school, and after this, allegedly he was subjected to psychological pressure at school for more than 2 months, with this having resulted in his mental issues.