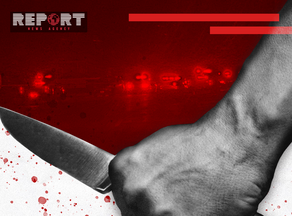 As per the Prosecutor's Office, in 2014-2018, 135 women were murdered in the country: 64 instances were domestic violence crimes and 71 had other motives behind. In the same period of time, 69 attempted murder crimes were perpetrated, out of which 5 were crimes of driving a victim to suicide. Out of 69, 46 were domestic violence crimes, while 23 had other motives behind.

From January to October 2019, a total of 16 women were killed, with one of them being driven to suicide. 9 instances were domestic abuse crimes, with one being a crime of driving a spouse to suicide, and 7 had other motives behind. In the same period of time, 16 attempted murder crimes were committed; 12 of them were domestic abuse crimes and 4 had other motives behind.

These data were discussed at today's Conference called Femicide Prevention and Monitoring, which was held with the support of the Public Defender and The UN Women Organization.

At the end of the conference, the Georgian Public Defender declared that despite the femicide crimes having been decreased in number, efforts should be made to eradicate systematic issues.