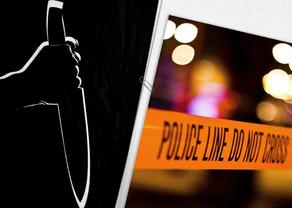 "Police have opened a premeditated murder case of a 19-year-old boy in Gardabani Municipality. One person has been detained," the Ministry of Internal Affairs informed report.ge about the fact. The perpetrator faces 7 to 15 years in prison.

"Officers of the Kvemo Kartli Police Department of the Ministry of Internal Affairs detained a juvenile N.O., born in 2004, on charges of premeditated murder in Gardabani Municipality as a result of operative and investigative activities.

The investigation established that the accused had inflicted wounds on the body of a fellow villager, Z.Kh., born in 2001, using a cold weapon as a result of the dispute in the village of Martkopi, Gardabani Municipality. The wounded died shortly after being taken to the hospital. Police arrested the accused on a hot pursuit.

The investigation into the fact of premeditated murder was launched under Article 108 of the Criminal Code of Georgia. The crime envisages imprisonment for a term of 7 to 15 years," the ministry said.