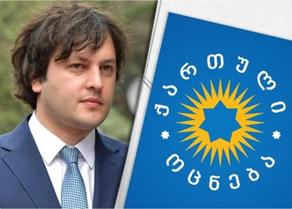 He says 90 MPs will represent the Georgian Dream party in the parliament of the tenth convocation.

"Like in 2016, the opposition refused to participate in the second round of elections. Despite the opposition's sabotage, more than half a million of our fellow citizens today showed high civic responsibility and came to the polling stations.