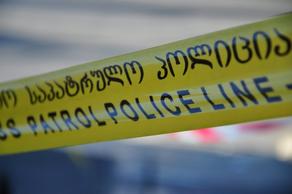 Two people were killed and one injured in an accident near the village of Parekha on Akhaltsikhe-Adigeni highway.

Both the injured and the dead are men under 25. The injured was taken to Tbilisi with serious traumas.

According to the locals, the car accident was probably caused by sliding the car.

The MIA told report.ge that the investigation was launched under Article 276, part 8 of the Criminal Code, which violates traffic safety or operation rules, killing two or more people.