7 cars collide into each other in Mukhiani 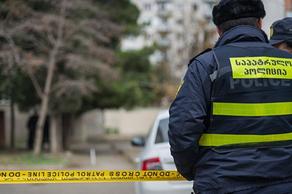 Seven cars, including a mini-bus, have reportedly collided into each other in Mukhiani district, with the accident having claimed the life of a female passenger and severely injured three individuals. The injured have already been transported to hospital.

The police have arrived at the scene of the accident.

The investigation has been launched under part 6 of article 276 envisaging violation of traffic laws and road safety resulting in death.