A train in Tbilisi crashed teenager 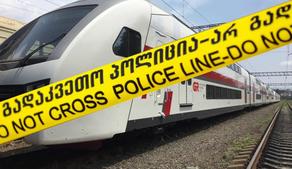 A 12-year-old boy was hit by a passenger train in Tbilisi.

The teenager was taken to Iashvili Children's Hospital by the ambulance. According to a report from the clinic's press office, the injured is in critical condition and is in the intensive care unit's respiratory department.

Reportedly, the boy was walking on the railway with the headphones and was not able to hear train trumpet.

Report.ge was informed by MIA that the investigation was launched under Article 275, Part I of the Criminal Code of Georgia.