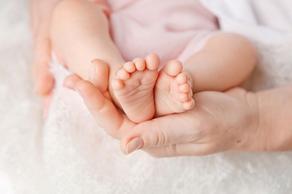 An abandoned toddler was found in Tbilisi, near Saburtalo territory.

Reportedly, the baby boy who is approximately one month old was found in a basket with mother’s letter and diapers. The woman writes that she does not have resources to raise a child.

According to the Ministry of Internal Affairs, the investigation is launched under Article 127 of the Criminal Code which envisages life-threatening conditions.

According to the Ministry, the infant was taken to the clinic and his life was not in danger.