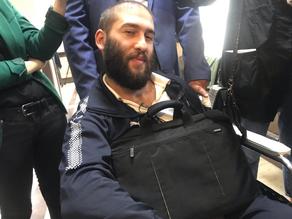 The decision was announced by Alexander Iashvili, the Judge.

Levan Jikuri partly admitted his guilt in the court hearing. He said he was at the rally and was using the shield, though he denied involvement in any group violence.

On June 20-21, 19 people were arrested on charges of organizing and participating in group violence.