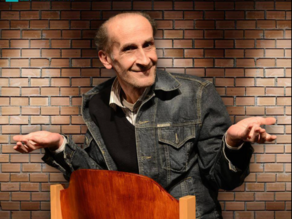 Film and theater actor Mamuka Loria has died at the age of 65.

Mamuka Loria has played many roles on the stage of Rustaveli Theater, as well as in films and TV series.

He has received the Rustavi International Theater Festival award - "Golden Mask" for the play "Macbeth."