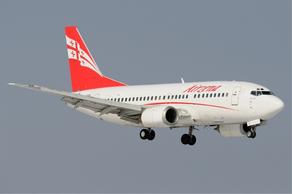 Two more flights got scheduled to bring Georgian citizens from abroad. Davit Zalkaliani, the Minister of Foreign Affairs of Georgia, stated about it during the briefing at the Government Administration.

"These are the two new flights through which our citizens will be able to return to their homeland. At today's meeting, we discussed additional flights. The schedule for the coming days is as follows:

Zalkaliani noted that, according to today's data, 5 040 citizens returned to Georgia in an organized manner.